WE ARE… Marshall Catholics

The Marshall Catholic Newman Center has operated as the base for the greater Catholic Community at Marshall University for 40 years. Established by the Diocese of Wheeling-Charleston in April of 1981, it has been our mission to bring students together in an intentionally Catholic environment so that they may come know, love, and serve Jesus Christ and His Church. We welcome all Marshall University students, staff, and faculty. If you are a prospective student or parent we would love to have you schedule a tour to meet our staff and student leaders. 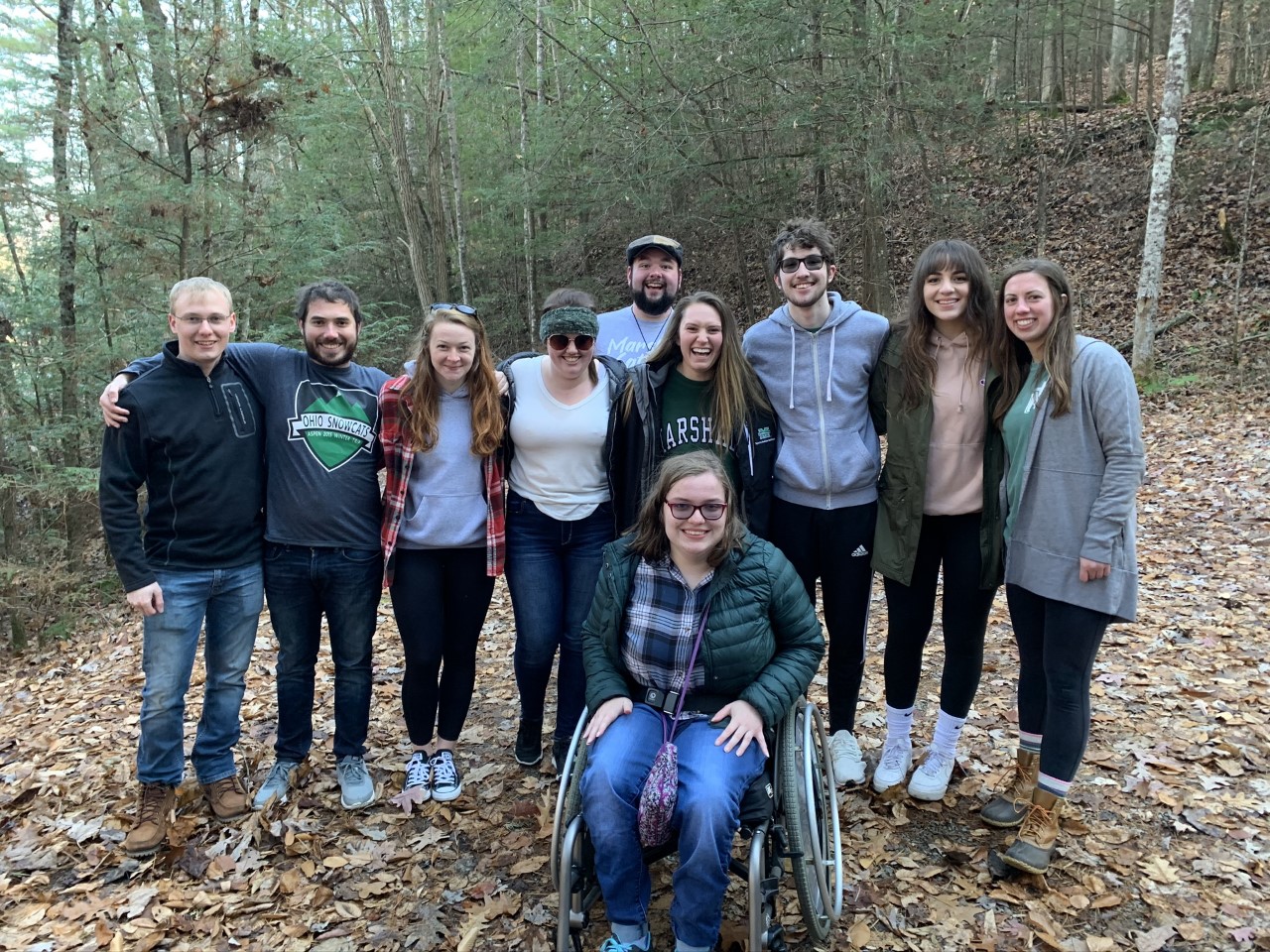 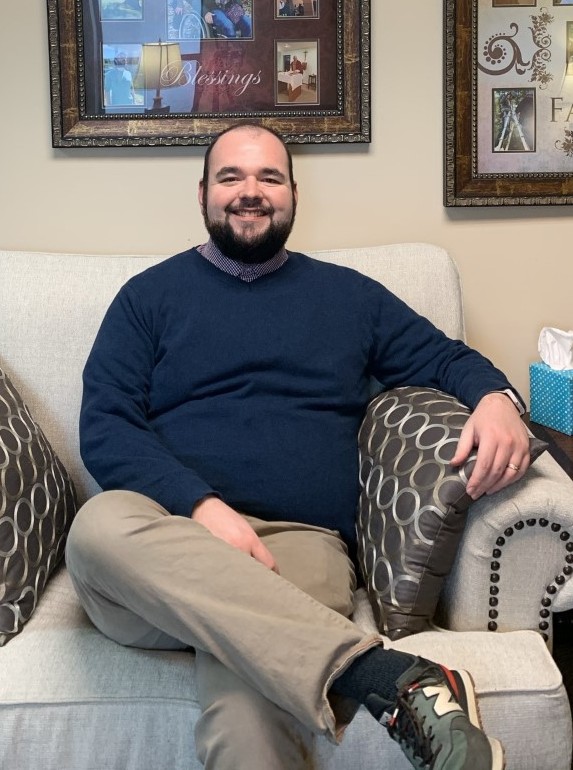 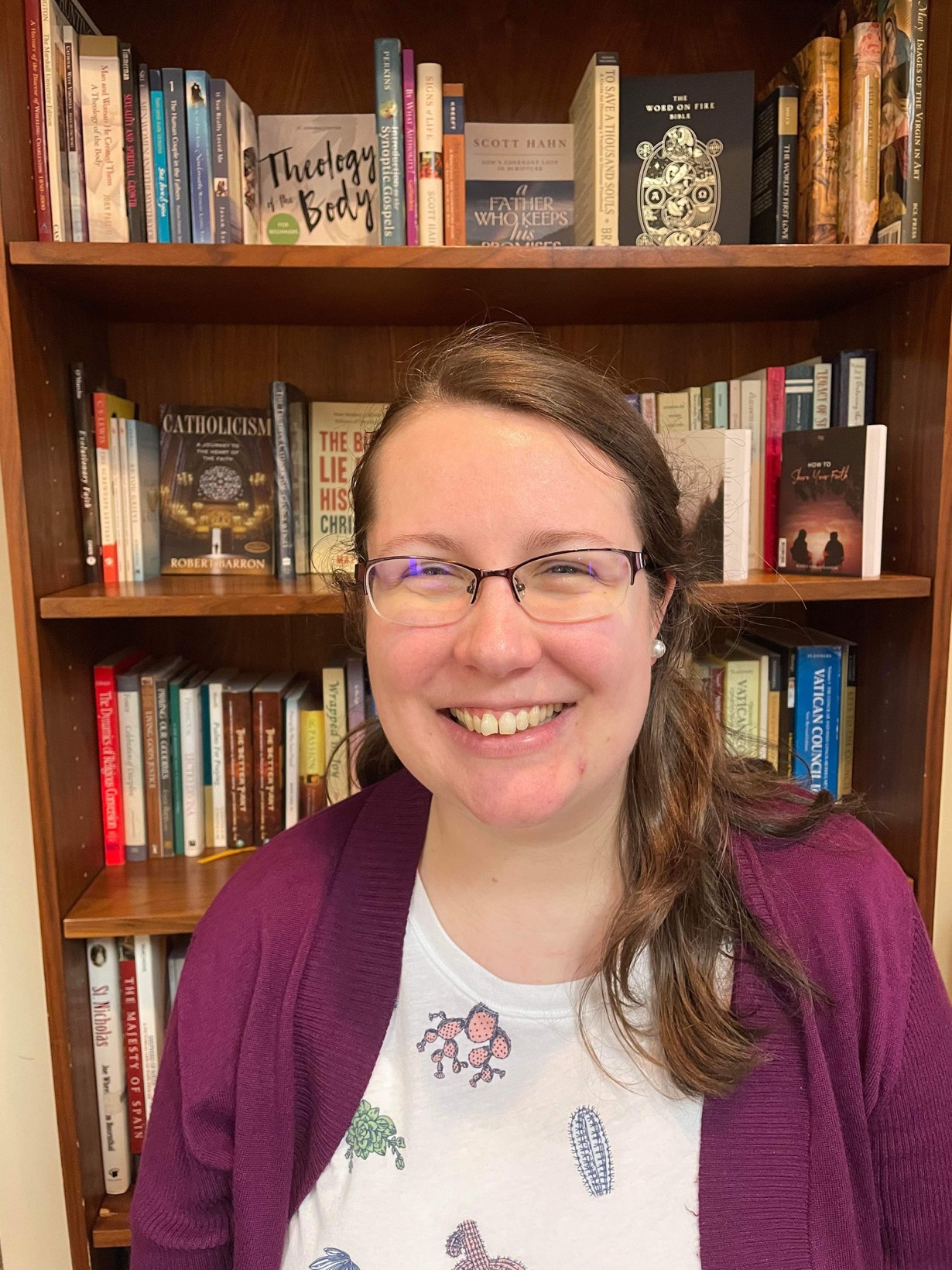 Nick Chancey is the Campus Minister and Director of the Marshall Catholic Newman Center. Nick actually became Catholic through the RCIA program at the Marshall Newman Center and served as a student leader there. After graduating with his BA in History in 2015, Nick went on to serve as a Missionary-Intern for the Diocese of Wheeling-Charleston’s youth office. Upon finishing his ministry internship, Nick went on to serve as the Campus Minister for the University of Charleston and West Virginia State University. After 3 years of building the Catholic campus community in Charleston Nick came back to his Alma-Mater in 2019 as the Newman Center’s new Director. He very much looks forward to welcoming students back in the fall once pandemic restrictions have hopefully lifted. When Nick isn’t ministering to students he’s busy studying for his online Master’s degree in Catechesis through Catholic University of America. He also enjoys spending time with his wife and daughter.

Mary Clare Chancey is the Assistant Campus Minister of the Marshall Catholic Newman Center and the wife of Campus Minister Nick Chancey. She grew up in Virginia and attended Christendom College, where she graduated with her BA in English in 2016. Before her marriage in 2020, she lived in Northern Virginia and worked in multiple school and public libraries. She is very much looking forward to getting to know more students and ministering to them, particularly the women of campus, by cooking delicious dinners for Dinner for a Dollar, helping with outreach activities, and running the new women’s group at the Newman Center. When not working, she enjoys cooking, crocheting, reading, and spending time with her husband and daughter. 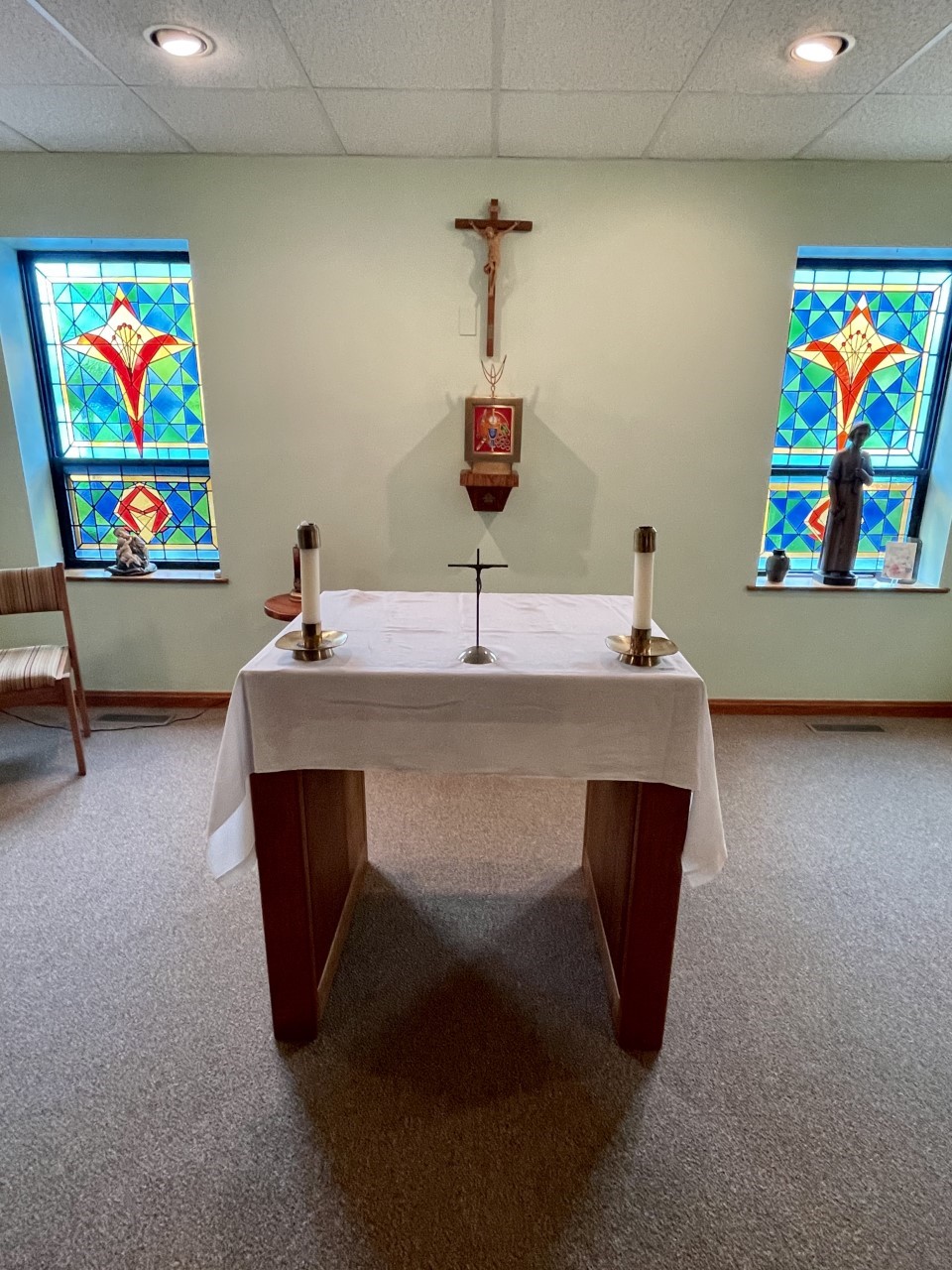 Chapel – This small quiet space is perfect for some one-on-one time with God. When classes and relationships get to be too much this is a great place to clear your mind and connect with our Lord, who is present in the tabernacle. 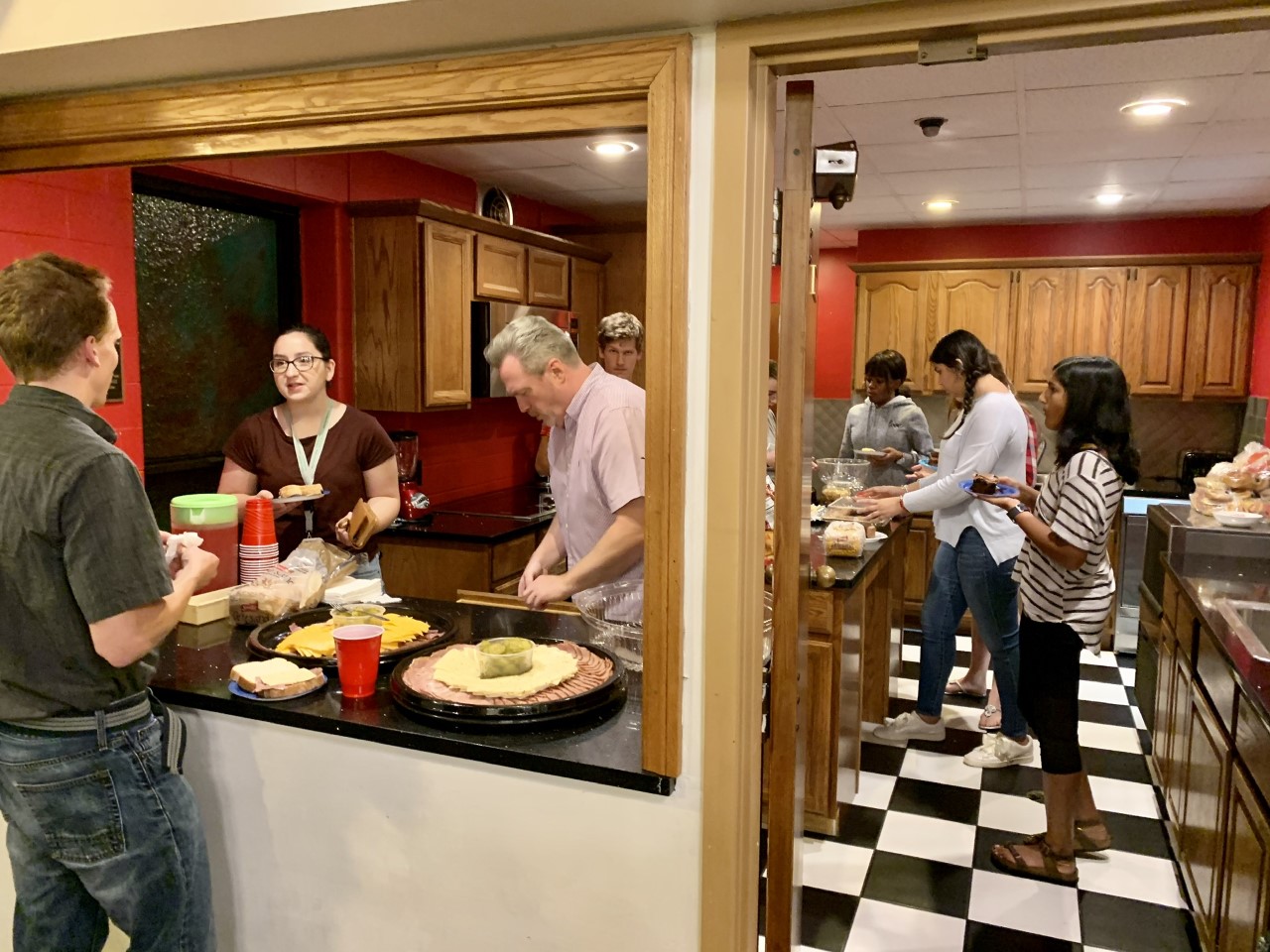 Carole’s Kitchen – Named after our very dear friend who was a mother to many students over the years, this kitchen is where our famous “Dinner for a Dollar” meals are prepared every Thursday at 6:00 PM. Students are welcome to utilize this space for their own cooking projects and dietary needs. Snacks and refreshments are always available! 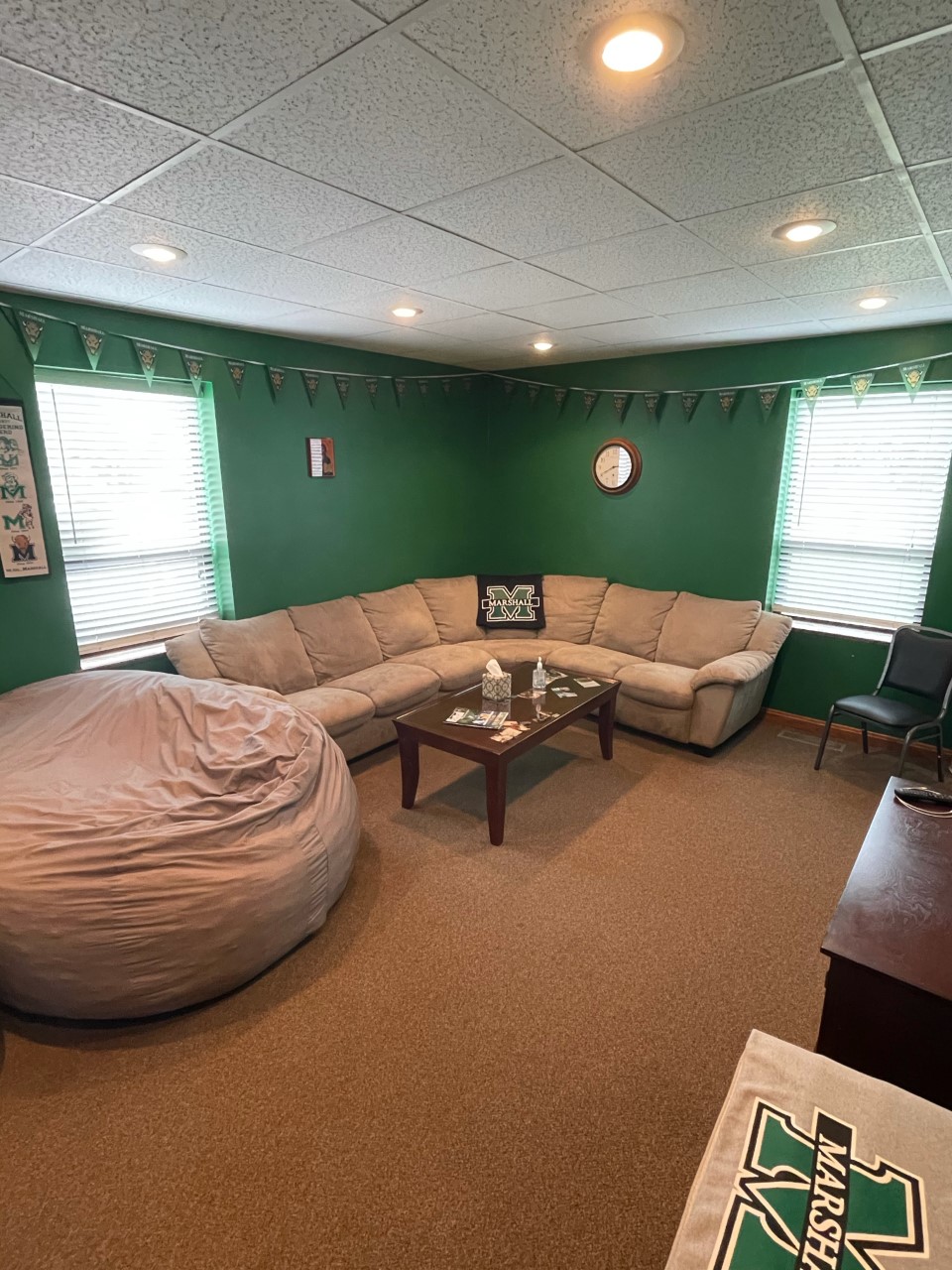 Newman Lounge – Whether it’s a board game night, racing for the finish line in Mario Kart, bible study, or making a study nest out of one of our massive bean bags, our Newman Lounge is a place for students to come and get cozy. Kick your shoes off and make yourself at home! 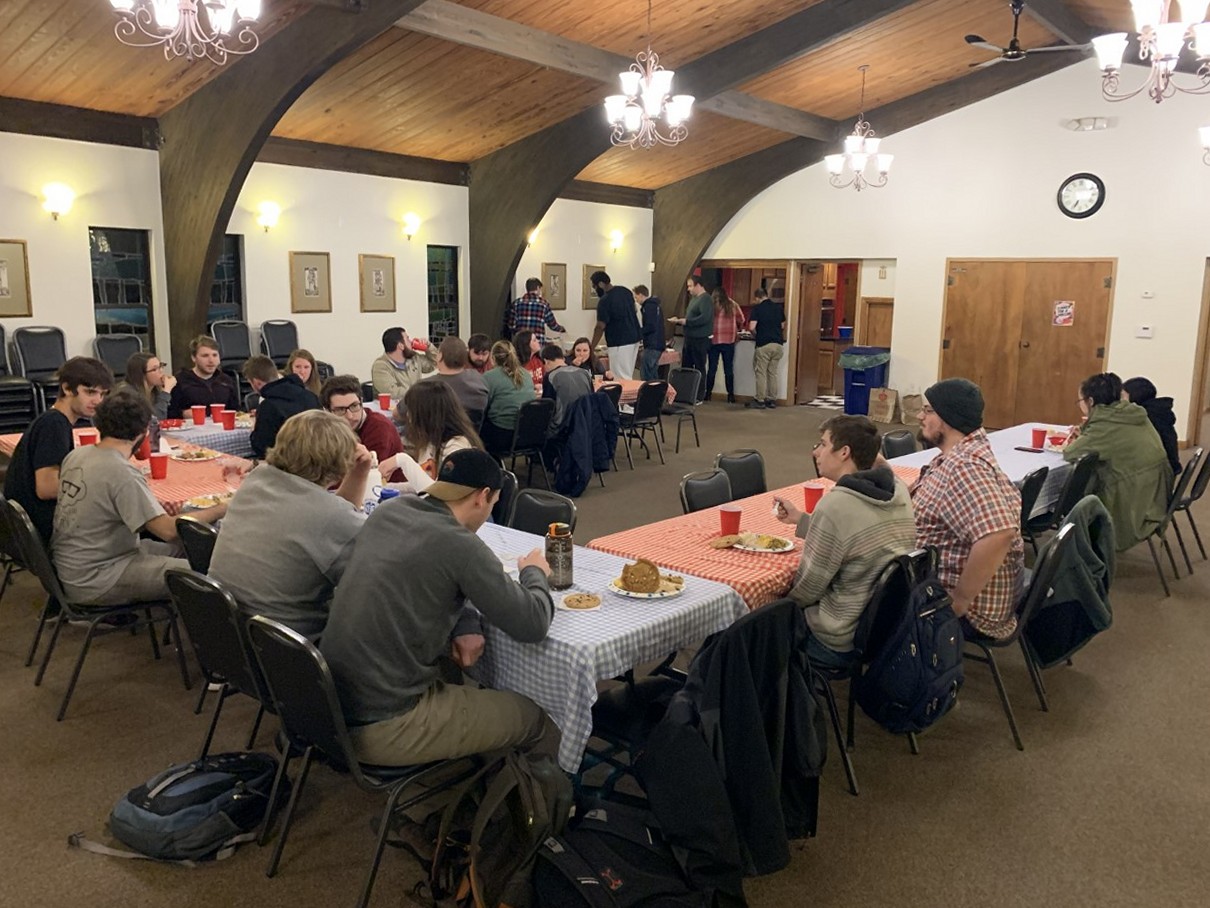 Gathering Space – This multi-purpose space is where our Sunday liturgy is celebrated every Sunday during the fall and spring semesters at 6:30 PM. Students with musical gifts are welcome to join our music ministry! Just ask our Campus Minister for more information.

Morning Prayer — Monday thru Thursday 9:30 AM

Hours:
Hours vary throughout the semester. I you’ve missed us please email nchancey@dwc.org to set up an appointment. 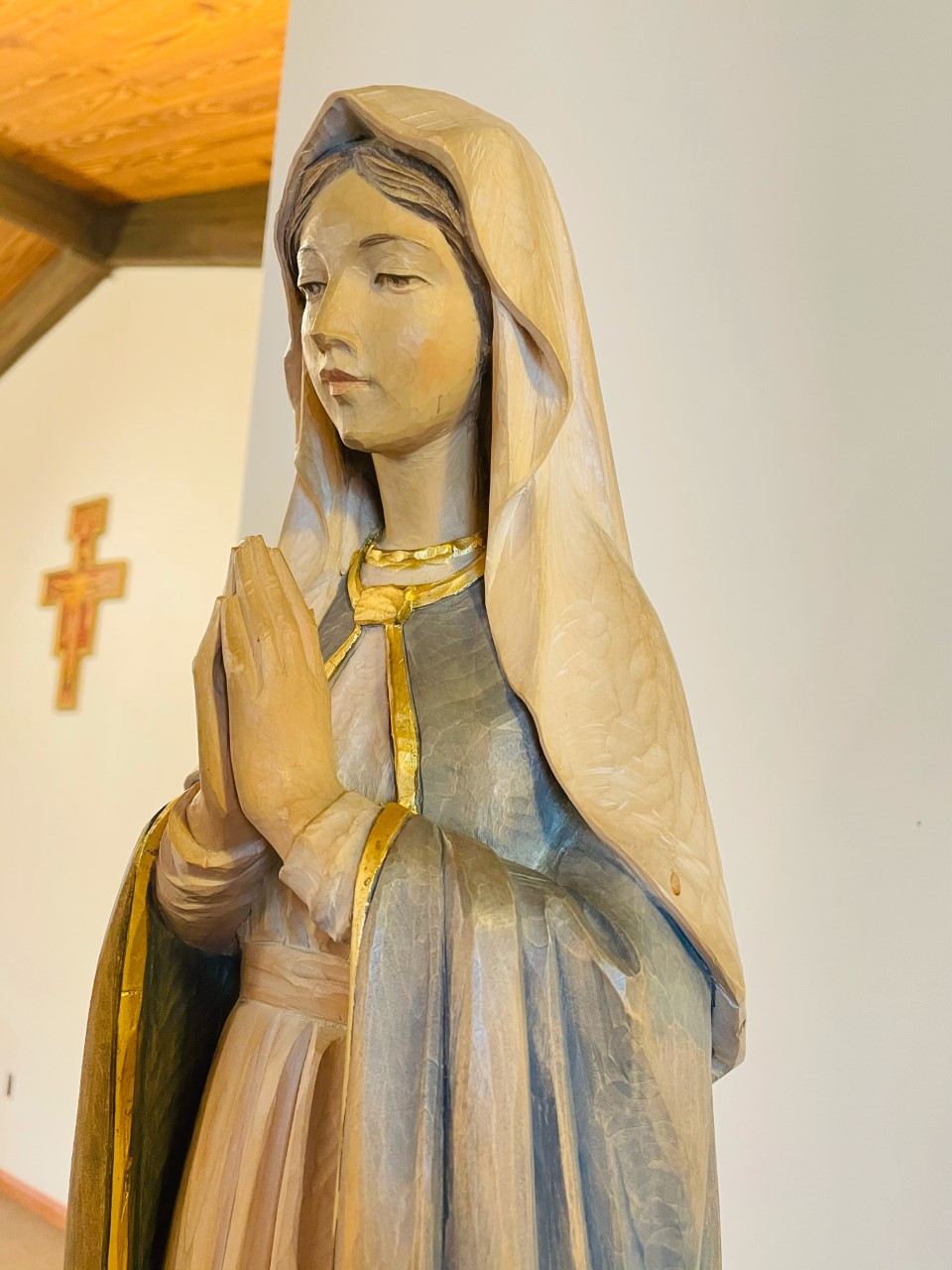 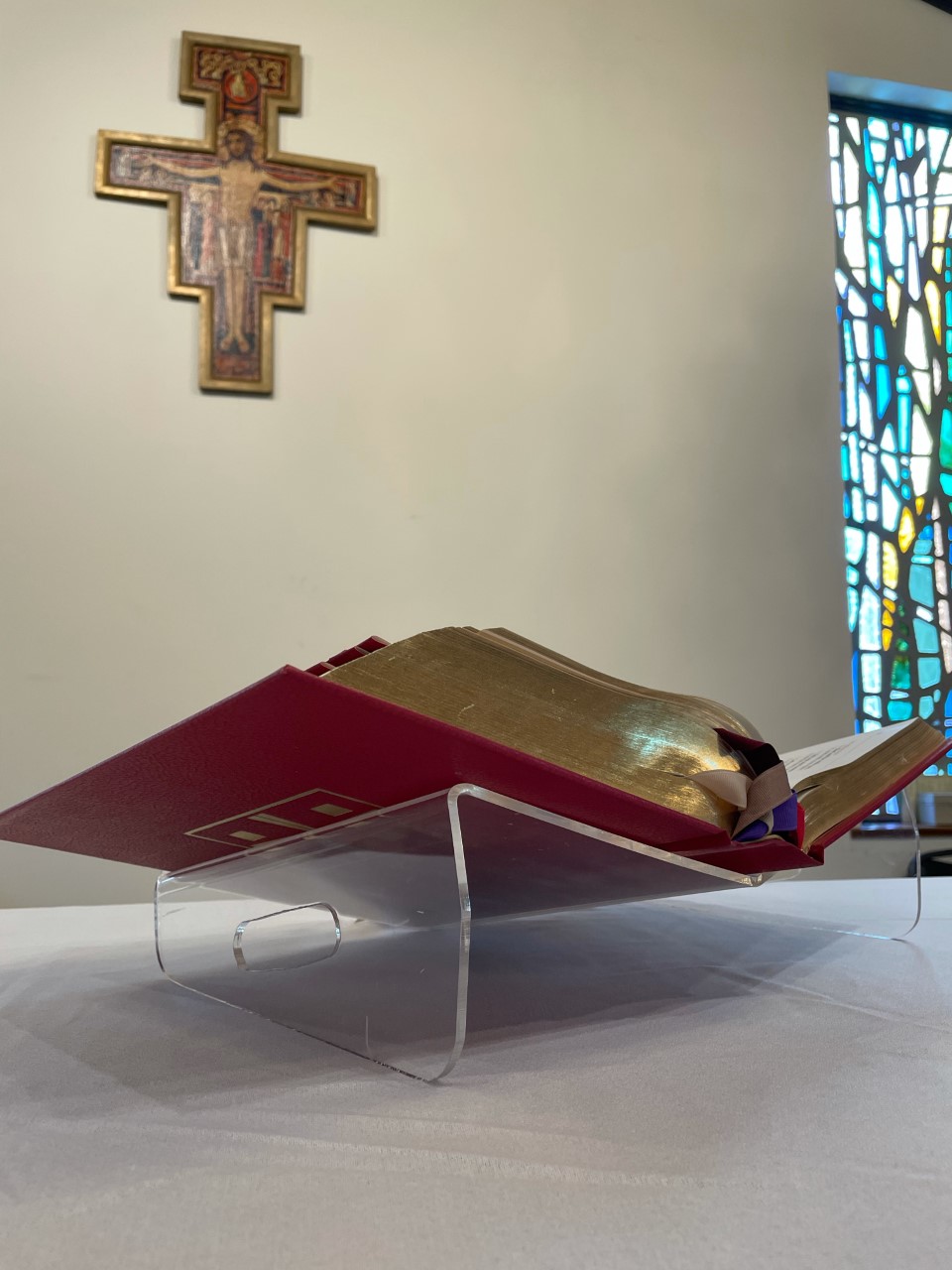 Stay connected with the Marshall Catholic Newman Center! Keep up to date with all of our upcoming events and service opportunities by following us:

Want to get even more connected? Join our digital Ministry! Get access to our online small groups and get notifications straight to your phone by downloading the “Newman Connect” App and searching for “Marshall Catholic Newman Center”.